August Customer Of The Month!

Last November, we posted on our blog about our tour to visit MadamSew customers throughout the country, with a promise to write more extensively about each visit. Having an online store is a great way to offer the newest tools to sewers, but we were missing the face to face interactions of a traditional brick and mortar company, so we set out to meet with some of our customers! The next customer in our series is Chris from Huntersville, North Carolina. 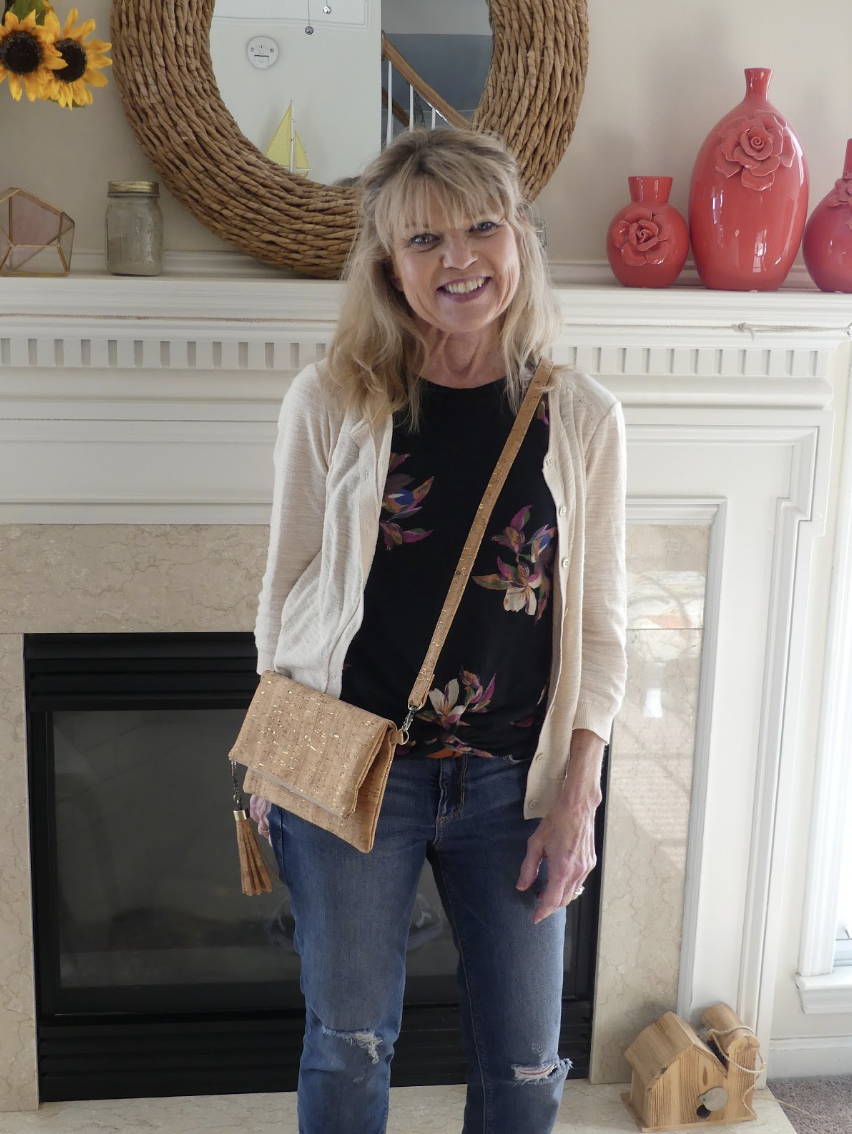 Chris greeted us warmly as we arrived at her lovely home, beautifully decorated with sunflowers, as well as an abundance of natural light. Originally from Northwest Ohio, Chris took a hiatus from sewing for around 15 years while she was raising her children and attending Graduate School. While in Ohio, pre-internet, she found it difficult to find and obtain quality fabrics for her sewing projects.

When her husband was eventually transferred to North Carolina, that changed, as did technology, and she found herself with many more options for her projects. The wider range of materials and becoming a grandmother propelled her back into sewing. Her current project is a fashion-forward cork backpack which converts into a cross-body bag. So far she has been researching designs and has completed a smaller cork purse. She finds and alters patterns for her purposes, as well as self drafting her own patterns. The project was born of a love of the material, and necessity. 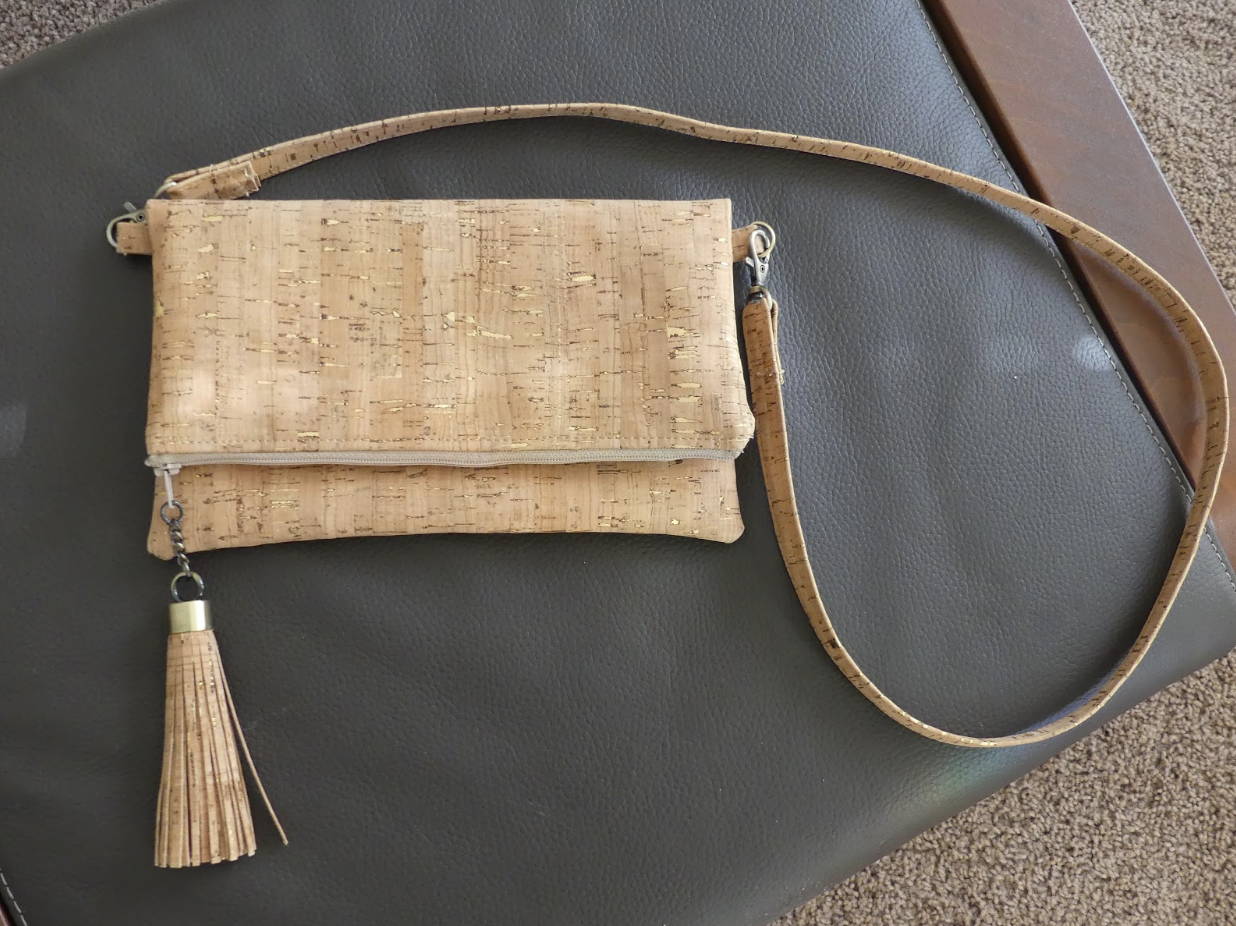 Chris is interested in potentially expanding her production to sell the items she makes either at fairs or online – perhaps in an Etsy store. We spent some time discussing the pros and cons of each – we have found throughout this series that some individuals really thrive selling their items online, while others prefer to create objects for themselves and for family. Sewing for fairs can be a little stressful, as the sewist would need to create a stock of items that would need to be stored if they don’t sell out at the fair. An online shop though, would only require one or two pre-made items with a lead time and then she would be able to make items to order, and to customer’s specifications. At the moment, Chris is researching venues and how to get started, as well as particulars like pricing, but she would love to see a MadamSew blog post on the topic in the future.

Chris mentioned that she found MadamSew through an ad after having a terrible experience with a competitor. She had ordered a set of presser feet, but they arrived without any instructions, and she was becoming overwhelmed with researching the best uses for the product on her own. She didn’t know what to do with them, and she didn’t want to spend all of her time pecking around on the internet. Since having that experience, she loves ordering items from MadamSew as she receives instructions, tutorials, and ideas for how to use the product. She noted that she really enjoys the heat erasable pens. Recently, while she was hosting her Daughter and family, she was working on embroidering a unicorn on a tote bag with her granddaughter. They used the pens to mark star shapes around the unicorn and then hand embroidered them onto the bag. The marks completely disappeared. Additionally, she purchased a set of clips as a gift which she ended up keeping- they were that useful! She explained that she was pinning a purse, but the material was too thick to pin, and the edges weren’t coming together. So, she used the clips that she had recently purchased along with a little sewing adhesive and fell in love.

Chris worked as a web manager for several years, and taught technology classes at a University for 25 years, before moving to the area four years prior. She originally learned to sew at age 10 from her Grandmother, and was encouraged to pick it back up by her Mother. Chris opened up about having a truly challenging year– she endured having 8 disks fused in her neck, and her Mom passed away. Sewing became almost something spiritual and has helped her to finally feel like she is getting back into the swing of things. Before, sewing was a chore. She reluctantly started sewing items for her daughter and slowly a spark of interest grew and she began to enjoy it again. During her Mom’s illness, she began making walker totes. She made two for her Mom– one for each walker– so that she could just put her phone, water, and and notepad into whichever walker she needed that day. Chris found making the walker totes purposeful and rewarding, and her passion grew from there.

She says that now she gets a lot out of making things. She is currently waiting on a petit sized dress form to hopefully begin making her own garments again– she says that in the past she used to make all of her own clothes! She would also like to continue making purses, table runners, curtains, and other accessories like belts. She has also done a series of aprons. Chris at this point is ready to go with the flow, wherever her passion takes her. 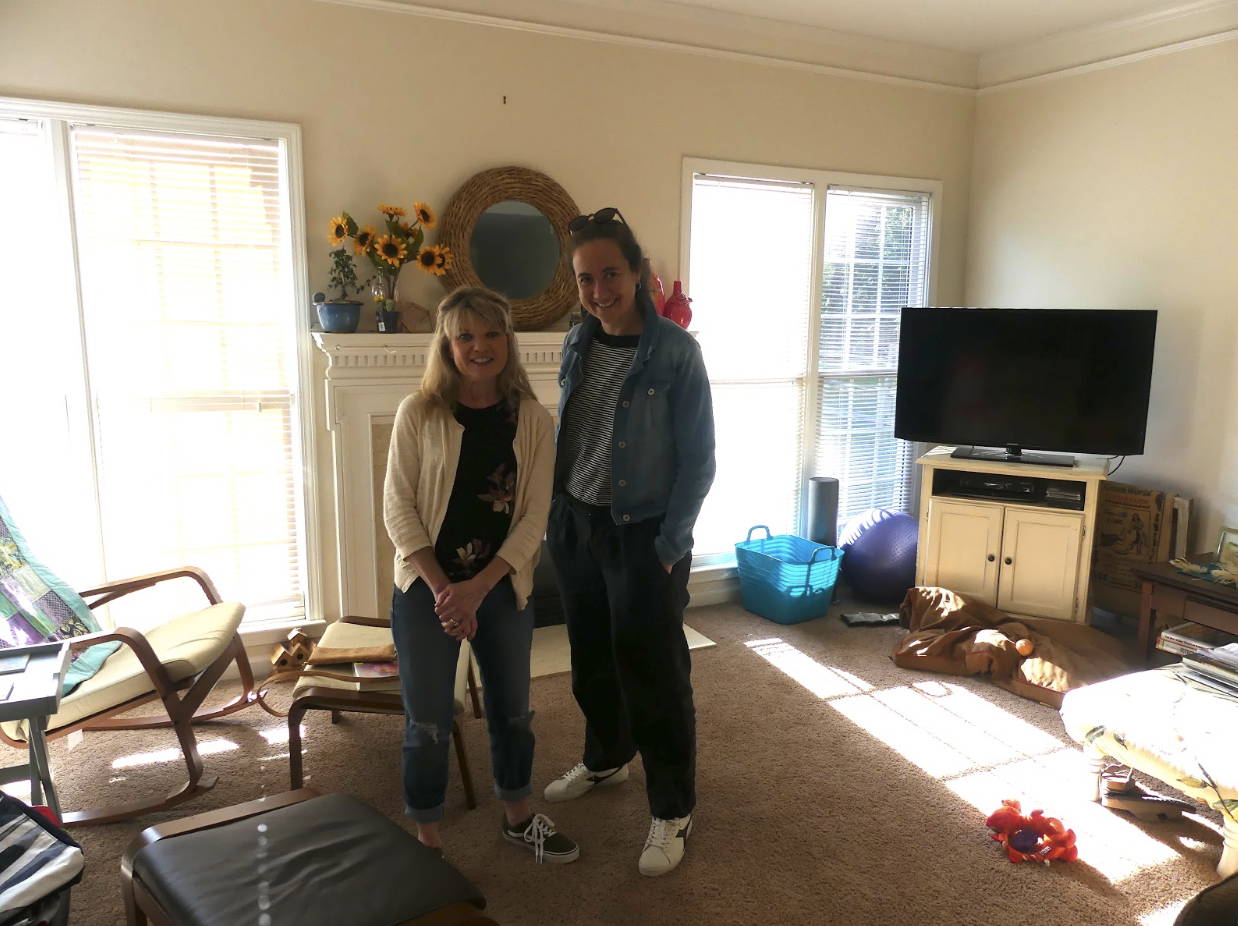 Chris was very interested in learning about other sewists and what they are working on. She feels somewhat isolated in that she doesn’t know many people who sew anymore, and she gets very excited when she finds someone who she can talk to about her projects. She is well connected to groups on Facebook, but is hoping to learn more about what other MadamSew customers are making.

She also expressed interest in the MadamSew presser foot set, because it came with instructions and ideas for projects to use the different feet. She doesn’t want to spend her time researching how to use a potentially complicated tool– she would rather spend her time sewing! She appreciates that MadamSew is trying to take the plethora of information on the internet and streamline it onto one truly useful platform for sewing. She only has to go to one place for guidance, ideas, and to see what others are working on.

Share Tweet Google+ Pin it Email
Previous
Next
Recent Posts
Most Popular
Back to Customer Of The Month!