November Customer of the Month!

Here at MadamSew, we love to hear about what you are making, and a little while back, we heard from an amazing customer who went above and beyond to make costumes for her kid's High School drama program. Meet Jeannie Charois. 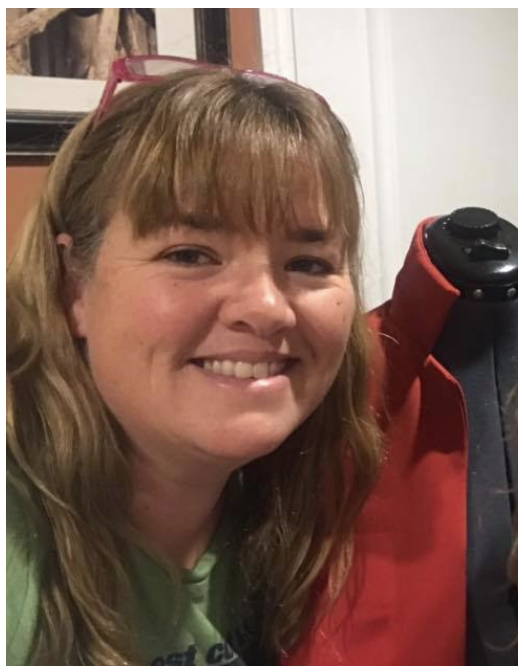 Jeannie began sewing on September 10th, 2018 and sewed continuously for 3 months, up until the week before the production went on. She began by sewing Maria’s postulant and apron costume so that her daughter, who was cast as Maria, could wear the costume to film the opening sequence in the Alberta mountains. She then worked on the Von Trapp children’s sailor uniforms, modeling the costumes after the 1965 movie with Julie Andrews. 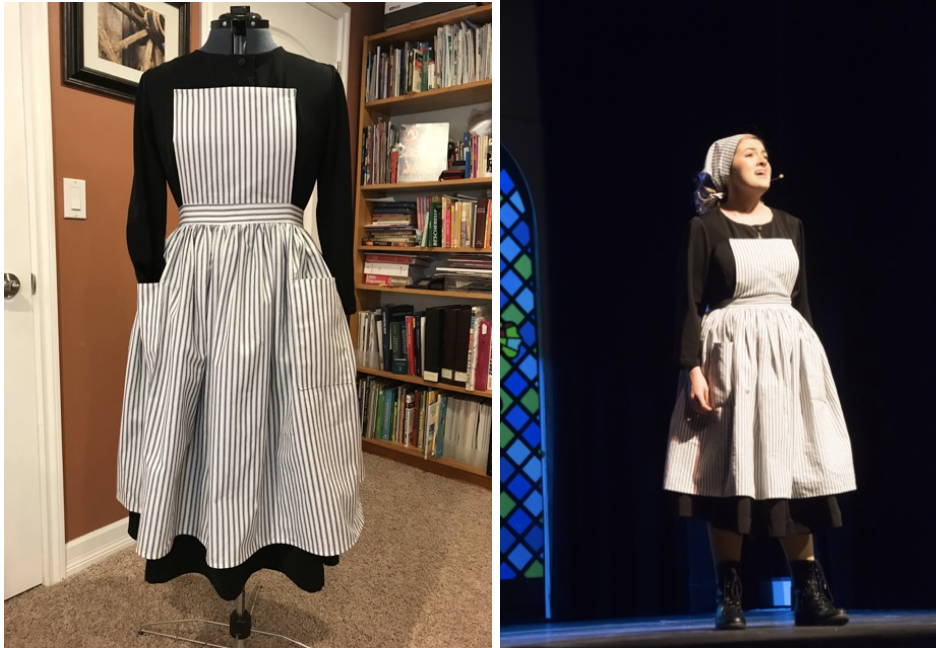 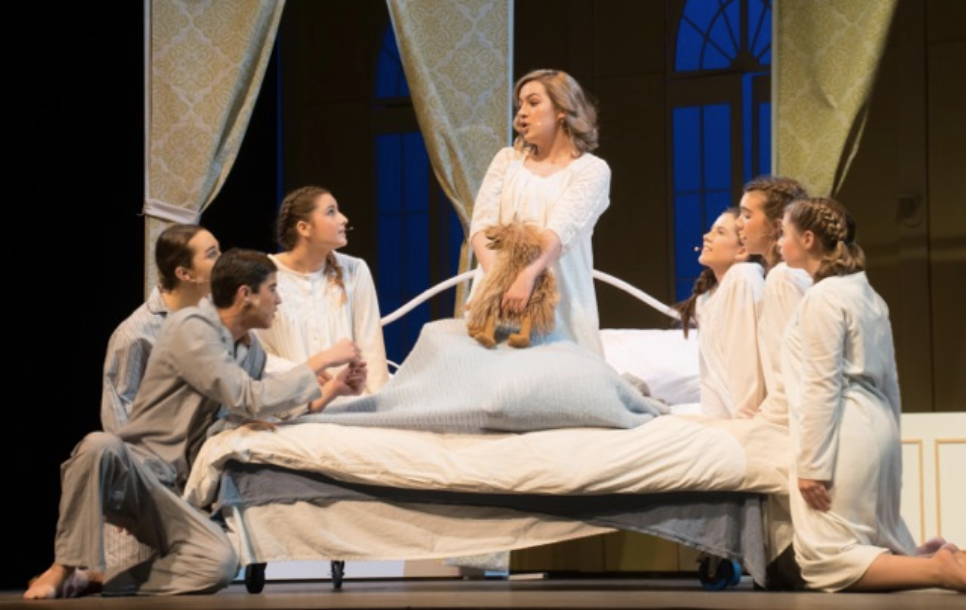 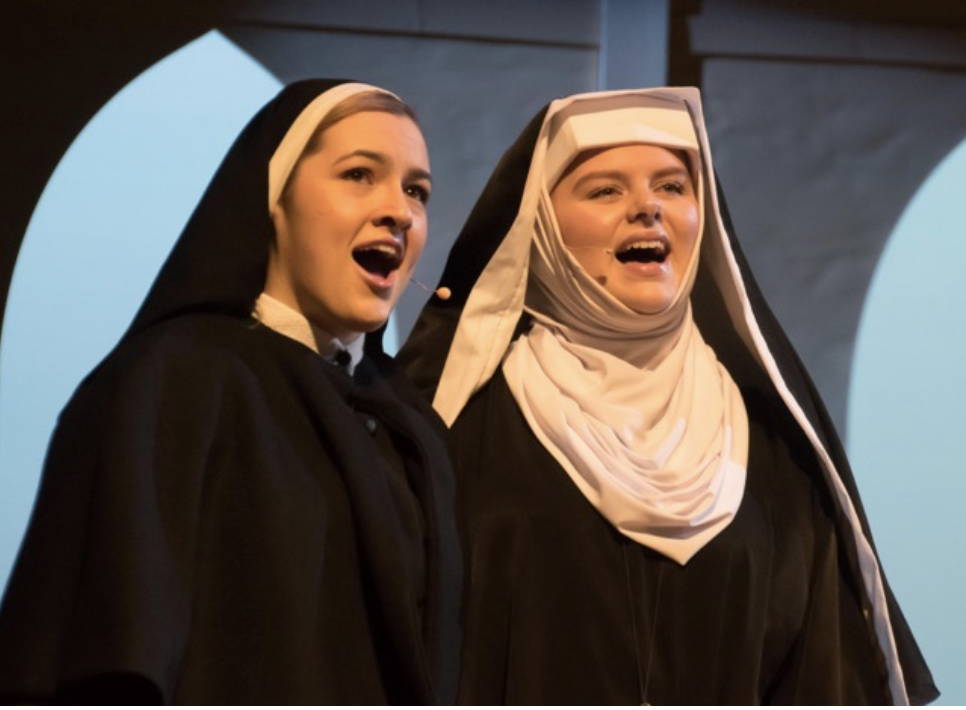 Jeannie went on to make Maria’s famous “ugly dress” including the jacket and carpet bag, 6 Nun and 3 Postulant costumes, Liesl and Rolf’s costumes for “16 Going on 17”, 3 costumes for the Baroness Schraeder, and 7 ties, 9 bowties, and a vest for Max Detweiler. In all, she created 160 items for this production, and only had help from her mother-in-law. 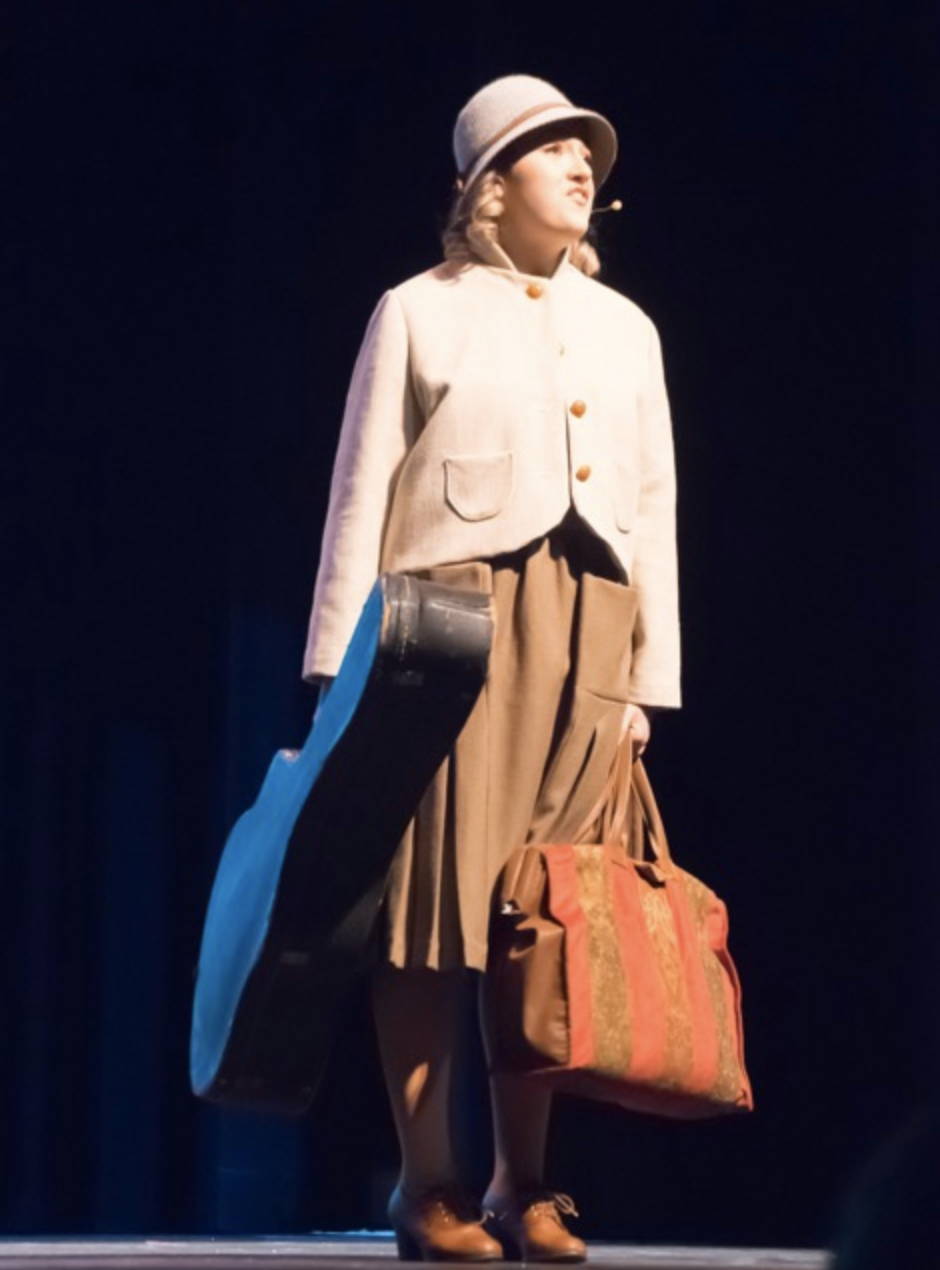 Jeannie faced several challenges in the course of creating so many costumes, one of which was searching for fabric that matched the curtains and the play outfits that Maria made from the 1965 movie. In order to pull that off, Jeannie had to find enough of the right fabric to create all 7 outfits as well as two sets of curtains. To her surprise, she came across 16 meters of a curtain fabric on sale at her local fabric land for only $5/meter that matched what was used in the movie. 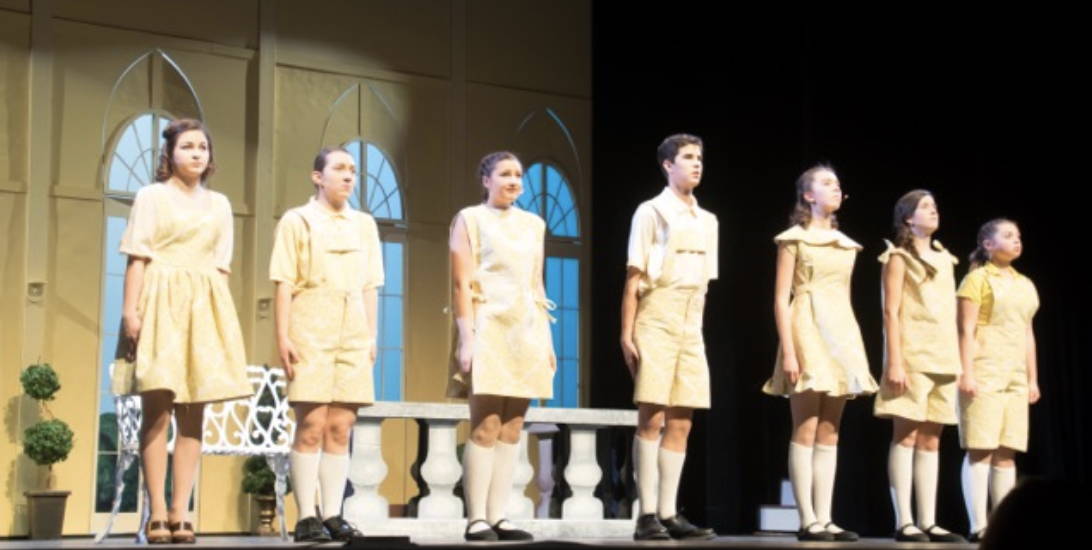 In addition to finding the right curtain fabric, Jeannie also had to find fabric to match her Daughter’s Grandmother’s 1963 wedding dress. The dress was deconstructed and the bodice altered to fit Maria, but during that process, she had to bring the dress with her to her local fabric store to find fabric that would match it. While the dress turned out spectacularly, it was at a cost as altering the wedding dress for the production took a major toll on her 1960 Singer machine, which is still on its last legs. In addition, she totally seized up one of her Singer sewing machines while sewing the costumes, which prompted her to purchase a new Singer sewing machine, an industrial sewing machine which was used to make the curtains and banners for the production, and her Pfaff went through many needles, a cutting blade, and countless spools of thread. 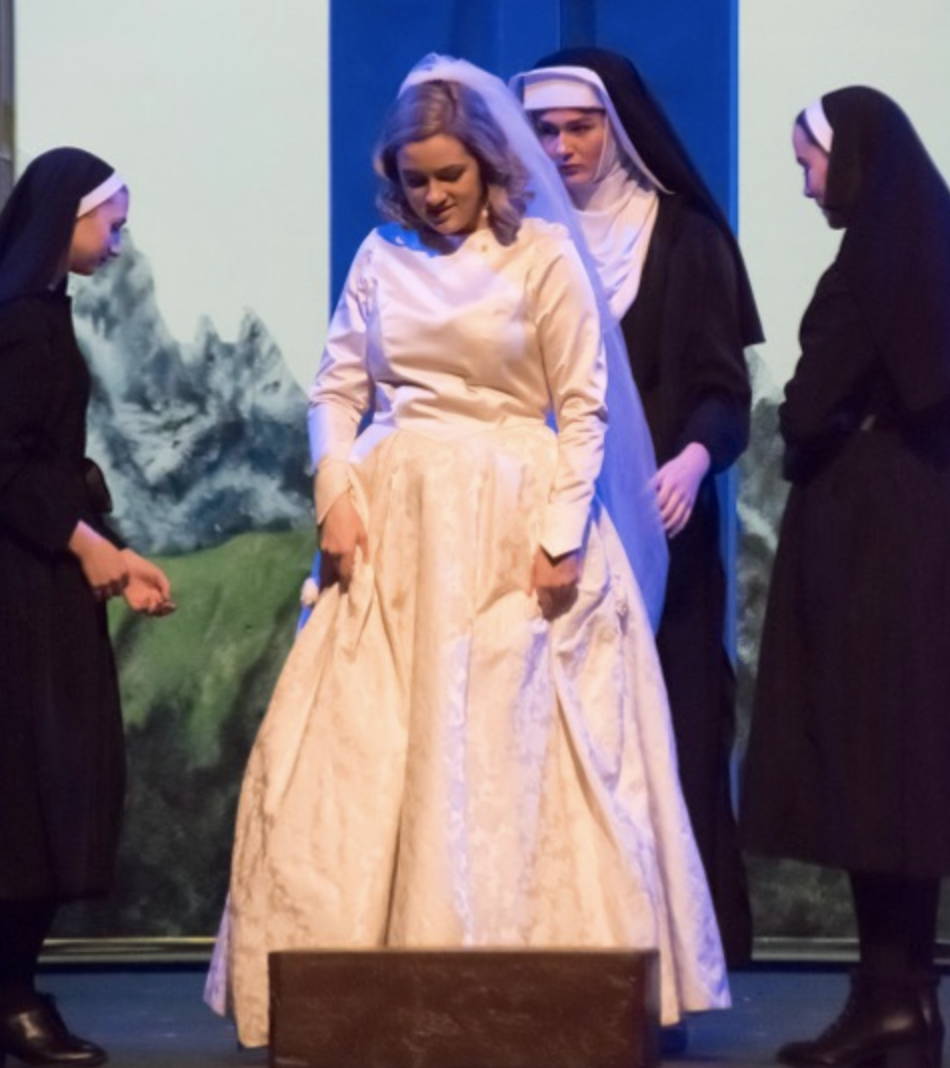 Jeannie had the additional challenge of fitting a wide array of students for the production. The student who played the character of Georg Von Trapp was 6’8” tall, which meant that patterns for his costumes needed big modifications in order to work. She somehow did all of this with only one student who came to her sewing room for multiple fittings. 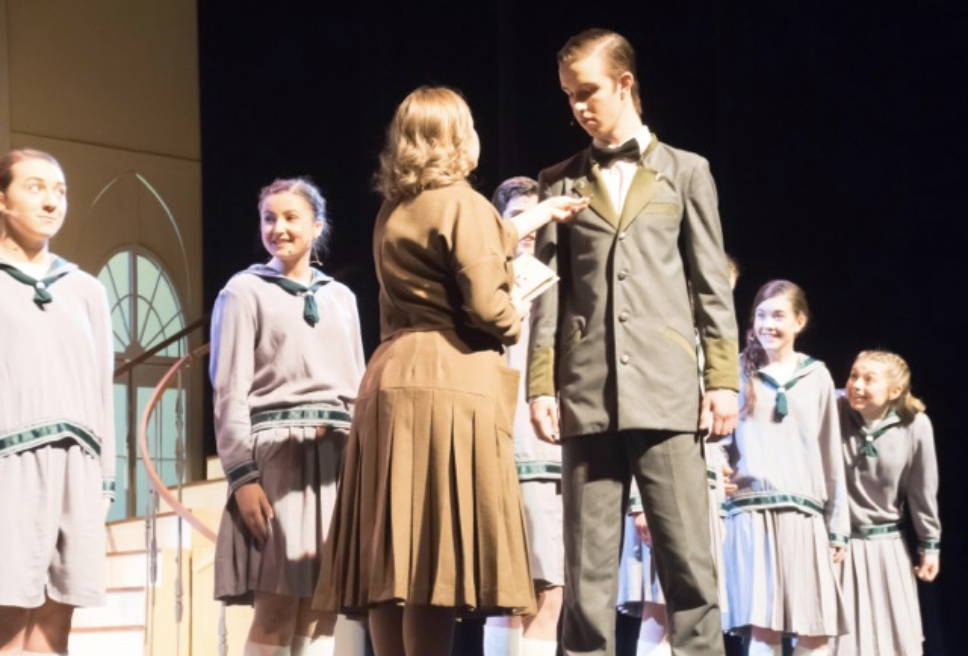 Jeannie remembered the character of Baroness Schraeder referencing her couture purchased in Vienna in the movie, and so wanted to make sure that her character was appropriately dressed. Even though the Baroness was only in 3 scenes, she had a new outfit for each of those 3 scenes. To make the production true to the film, Jeannie created custom costumes that closely resembled the original character’s love of fashion. 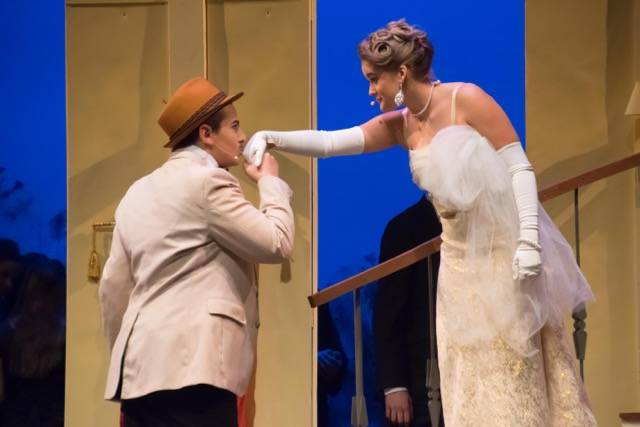 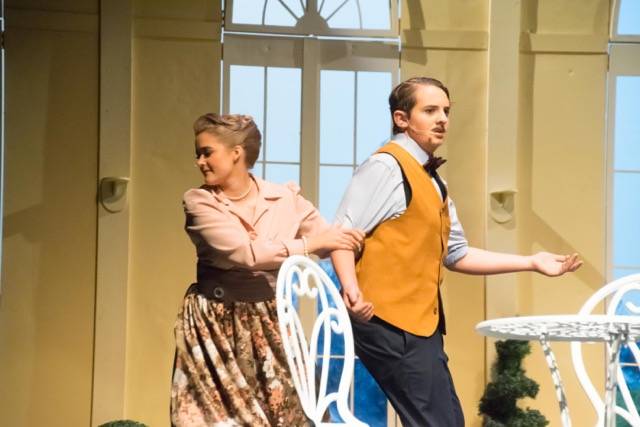 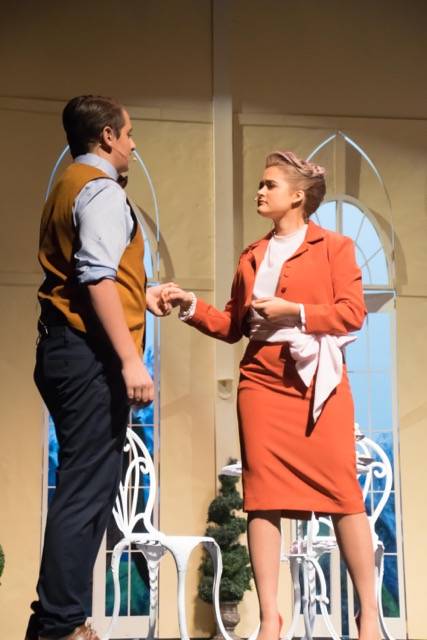 The production was a huge success, and was viewed by over 2,000 people during its short run. While Jeannie’s daughter is moving on to college, her son still has 3 more years in the drama program, which will allow her to help with many more costumes in the future. While creating so many pieces for the production was certainly a challenging task, all involved were proud to help create such a professional and successful production.

Share Tweet Google+ Pin it Email
Previous
Recent Posts
Most Popular
Back to Customer Of The Month!