Follow Mark and Richard, founders and owners of MadamSew on their mission to make their first quilt: their Christmas present for Mom. The whole quilt is made live on Facebook and YouTube.
As it is Mark and Richard's first quilt they are relying on tips and tricks from the people watching. The interaction during every live-event has been heartwarming and, we must admit, much needed as well.

This first episode, Mark and Richard decided what pattern fabric they would use. They got a nice tip from a viewer that a nine patch disappearing quilt looks sophisticated but is actually rather easy to make. For the size, they landed on a lap quilt sized 36" by 54", made of 6 blocks sized 18" square.
For the fabric, they got questions on what their mother actually likes. After discussing this a bit they decided that the fabric will have flowers and a focus on the color red.

The second episode starts with Mark and Richard showing off the fabric they scored in the shop. Next, they learn from the people watching the best way to cut the 6" square patches they will use for their blocks. At the end, they lay out a block and the people watching (and themselves too) love it!

This third episode Mark is going to operate a sewing machine for the very first time. Will he succeed to piece a full block (or even a couple of blocks) in the course of the 30 minutes of this episode? Well, let me tell you this, it didn't go all perfectly as they planed.

This forth episode Mark starts to get a hang of stitching patches together and Richard irons away on his wool pressing mat. At the end we start to get an idea of what the completed quilt will look like. Next episode the people watching will decide on how the design will be laid out.

The fifth episode was one with a lot of interaction. Together with the audience, the layout was decided on, you can see it drawn below. Then the first long row was made by Mark and even with a minor hickup caused by the sewing machine that row was completely finished by the end of this live. At the end Mark and Richard asked some questions about what is to come after the quilt top is ready. Now that this first phase is ready they start to wonder if the hardest part is yet to come.

In this sixth episode Mark and Richard finish the quilt top and start to discuss with the people watching how they can turn it into a quilt.

This 7th episode starts off with a poll to decide on the bottom thread. Then Mark starts to quilt. Things don't go as smooth as he had hoped for, but luckily there were the people watching to help him out.

Episode 8 was all about binding the quilt. Making a long 2" wide strip of fabric, folding it double, ironing it and then sewing it to the front of the quilt with the machine.

Sounds rather easy, but how do you turn the corners? How do you attach the beginning to the end of the strip once you have gone around the full quilt? And what to do with all that excess thread appearing at the bottom of the quilt? The people watching were again really helpful!

In this final episode, Mark and Richard finish the quilt binding. Closing the binding seems to be a bit harder than expected, but nothing happened that could not be solved with a seam ripper... their very first seam ripper experience of this quilt making adventure. Mark finishes the quilt with some nice hande quilting and YES, the quilt is ready in time for Christmas!

The design Mark and Richard decided on based on the viewer's input is a nine patch disappearing quilt. 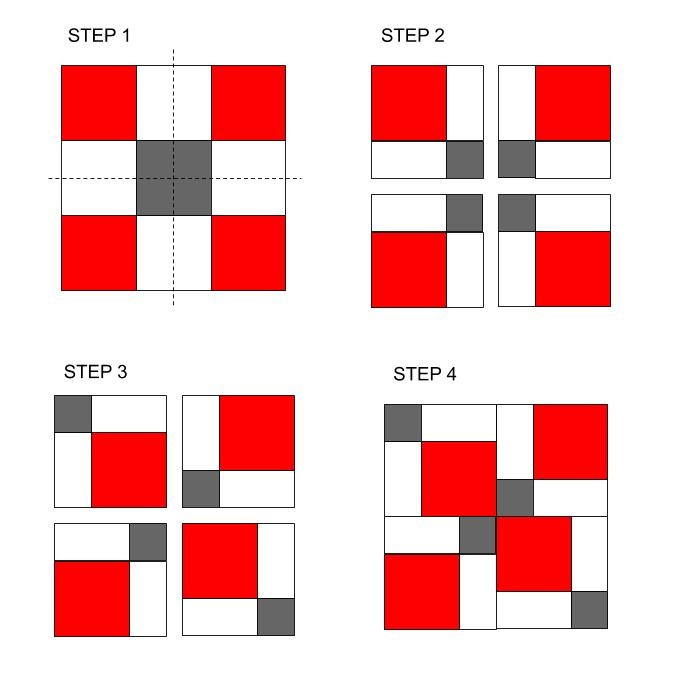 Who is this for? Who is Mom?

This is mom together with one of her grandchildren (Richard's daughter). They are showing off a dress mom made.
Mom likes red and flowers, so that is why there are a lot of red and some flowers in the fabric used for this quilt. 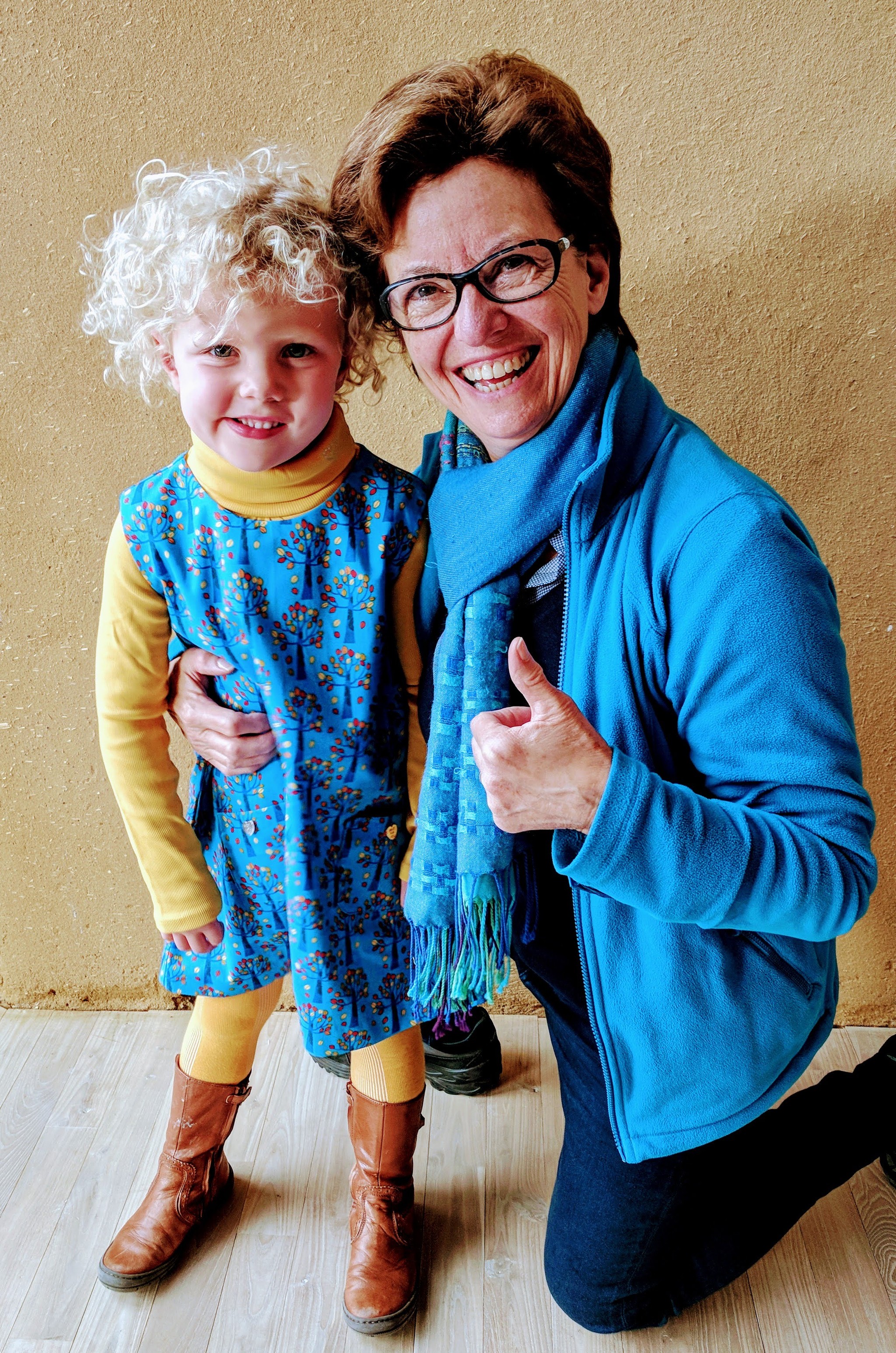 is added to your shopping cart.

An Item Was Added To Cart!